Travel Photographer of the Year judge, the photographer, TV cameraman and author Jeremy Hoare, has recently released a new limited edition book documenting the geisha in Japan. And it’s been more than 30 years in the making…

Geisha Dreams – A limited edition of 100 book by Jeremy Hoare

A maiko is a girl between 15 and 20 years old and then graduates to being a geisha. It is a common misconception that a geisha is a prostitute but that is not true. Geisha are highly versed in the arts; they dance, play instruments and chat coquettishly to wealthy businessmen who are happy to pay them for an evening.

I have been taking the photos for this book for more than thirty years since my first visit to Japan in 1987 when I was so captivated by the country and the people, I was determined to return which I did and have done many times since.

Years later, and now with my kimono-maker partner Chizuko who is from Kyoto, we tried to get access into the geisha world. But the local tourist board failed which surprised me because I thought they would have contacts, knowledge and know-how to access it, but they didn’t.

For Geisha Dreams inevitably I took pictures in daylight as well as night time and have captured some animated moments of these women. They are entertainers so I had no problem in chasing them around streets, and, as I had not been allowed access, I shot the images of these women ‘paparazzi’ style which worked well as I felt it conveyed a sense of mystery and intrigue about these women. They seemed to expect me to do that otherwise I was ignoring them and that’s the last thing they wanted. Any performer wants to be noticed and these maiko and geisha are in that way no different to any other entertainer.

In October, which was the time we would go to Japan, the light was gone by about five o’clock in the evening so all I could do was take pictures under streetlights and whatever light was coming out of buildings, shops and vending machines. I never even considered using flash as it would be so wrong for these images. I would position myself with the camera all set and be ready to shoot when the subject arrived into whatever light there was.

To begin with, I was using transparency film which was expensive and I tended to use slow 100 ISO to shoot these images. The resultant images were blurred using shutters speeds of 1/8, 1/4 and 1/2 a second. They were not out of focus; they were blurred because of the movement. I also tried with 400 ISO and got better results as it was two stops faster so I could mostly freeze an image although there was still some blur. The change to digital meant I could change the ISO for each frame if needed but I stuck to the lower rating as I got better images that way, the blur added to the mystery of these wonderfully and very expensively dressed women.

The ability to interact with the subject is an essential photography skill and I almost got to know some geisha and maiko, although they would never acknowledge it. as I would see the same ones time and time again. Often on rainy days I was the only person in the street so it was hard to ignore me.

When it got to the point that taking more pictures was not productive, I would say ‘thank you’ to them but not in conventional Japanese as ‘arigato’ but in the Kyoto way, ‘okini’, which often made them curl up in laughter as it was not expected a westerner would even know the word.

It was a real thrill that the acclaimed novelist, journalist and broadcaster Lesley Downer, who has lived briefly in Kyoto’s geisha world, agreed to write a foreword for the book which is the most eloquent and beautiful one I could have wished for.

Because of the nature of the book, and the potential audience for it, I decided to print just 100 copies, each one signed and numbered. This I have done and hope people who buy the book will enjoy and gain enlightenment about the mysterious world of geisha and maiko so they can have their own geisha dreams.

The book is available online at www.jeremyhoare.com/geisha-dreams. 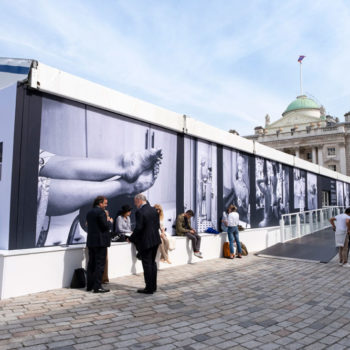 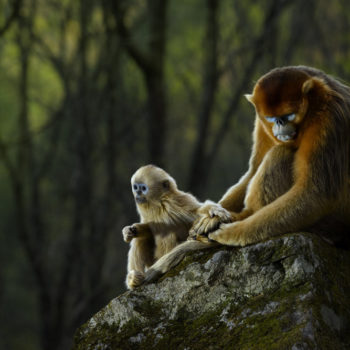