Face to face with: Timothy Allen

Face to face with: Timothy Allen

The 2013 Travel Photographer of the Year is world-renowned for his stunning photography and films and his exceptional ability to tell a story through images. This year we are thrilled to have welcomed Timothy as a sponsor and judge of the TPOTY awards, with the TAPSA Documentaries special award. He’s an incredibly busy man but we managed to secure some of his time to discuss his career…

After you left university, where you had studied zoology, you spent 3 years travelling around Indonesia, which you say sparked your passion for photography.

Until that journey, what had been your photographic experience, and also how much had you travelled as a child and before you graduated from uni?

I had minimal photographic experience prior to that… mostly messing around with a FUJI STX-2 camera that I bought when I was in my early teens… mainly shooting my friends and family.

As a child I had never traveled long haul prior to that… I had been on a few family holidays in Europe.  My first and fondest memories of traveling abroad alone when I was a teenager were in 1988 when I ran away to Ibiza to join in with ‘The second Summer of Love’ as it became to be known.

What made you decide to travel round Indonesia?

I did my 3rd year dissertation in Central Sulawesi and at the end of the trip we tagged on a 2 week holiday in a place that we had heard of called ‘Bali’.  When we got there we met a load of hippies who were traveling around SE Asia and my eyes were opened to the joys of backpacking for the first time.  As soon as we all finished Uni, myself and 2 other friends went straight back to join in.

In the 1990s, while while studying a part-time diploma in photography, you joined an aid convoy to Bosnia to shoot your first-year reportage project. What was that experience like?

It was great for a novice photographer like myself.  Since I had already had quite a bit of traveling experience by then it wasn’t a scary prospect.  I had to share driving duties with another guy.  This was the first time that I had seen conflict first hand.  We travelled to Mostar just after the official end of the war.  I remember realising for the first time that a war was something that could happen to any place at any time… not just in far away lands viewed only on the nighttime TV news.

You spent 6 years at the Independent, working predominantly on features and portrait. What was your most memorable shoot from that time, and why?

Hmmmmm…I shot a lot of stories during that time…. one that springs to mind was the World Taxidermy Championships in Springfield Illinois that I shot for the Sunday Magazine.  A very surreal experience.

The range of stories you covered expanded hugely once you joined Axiom Photographic Agency in 2002. Which shoot from this period do you recall as being the most challenging?

Shooting the civil war in the Spice Islands in Indonesia was by far the hardest.  I had 90 rolls of film destroyed by the Mujahidin… representing almost a month’s work on the front line.  That was a hard pill to swallow at the time.

How did you get the job shadowing BBC film crews during the production of the Human Planet series?

They contacted me researching story ideas for the programme and whilst I was on the phone I asked them if they had a photographer working on the project.  They didn’t so I contacted the series producer directly and pitched my idea.

The two years spent on Human Planet gave you some extraordinary opportunities as a photographer – what effect did that have on your career?  It was a turning point.  After that people contacted me to collaborate  or offer me work rather than vice versa.  That has never reverted back.

In 2016, in conjunction with the Sharjah Government Media Bureau, you launched TAPSA, the Timothy Allen Scholarship Award for travel and documentary photographers. Why did you do this and how have the first three years’ winners fared?

I’m nearly 50 now and I feel very comfortable offering my experiences to others looking for exposure.  As a youngster I had a couple of mentors who helped me no end.  Sometimes it’s just enough to have someone you respect tell you that your work is good.  TAPSA strives to help lesser known talented photographers find their way in our industry.  The winners are already excellent photographers… that goes without saying.  My intention is to help them realise the correct path ahead…

I’ve lived through the complete destruction and reconstruction of our industry over the last 20 years.  There are many new ways to make a living as a photographer now which favour the individual no matter where you come from in the world.  One of last year’s winners, Ranita Roy is a young lady from a small town near Kolkata, India.  Since TAPSA she has appeared in a film with Sir Don McCullin, travelled to USA for the NY Times’ NY portfolio review and had her work published all over the world.

Now your focus is also DSLR cinematography and multimedia photography. How did that come about? Did it stem from your time on Human Planet?

Do you still find it rewarding to capture a single, perfect still image?

The first DSLR cameras evolved HD filming capabilities whilst I was working with the BBC so it was an easy transition for me being around so many film makers at the time.  I watched and learnt from some of the best camera operators in the business.

Good question.  Yes, I do, but to be honest, these days it takes a hell of a lot of highly specific convergent factors to cause me to put my camera to my eye and snap a photo.  TBH, I’m not sure that I’ve ever shot a perfect image… that’s once of the attractions of video…. it lets me be imperfect.  Shooting video has opened my mind up the the realisation that many of the stories I love to cover are better portrayed with moving images and not photography.

And finally, do you find it easy to step away from your camera and just relax and travel at times, or is your mind always looking for a new shot or film angle?

In the last 2 years I have made a concerted effort to pull back from my work.  I have 3 young children now and they have taught me what is most important in life.  I am as excited now about my family as I ever was about my work and I love that fact.  It has been extremely liberating to step off the work treadmill for a while.  Not only that, but in doing so I have also inadvertently been shown a brand new path forwards, and although i can’t talk about what that is,  I can say that it feels incredibly subversive and exciting, which is always a good sign to me! 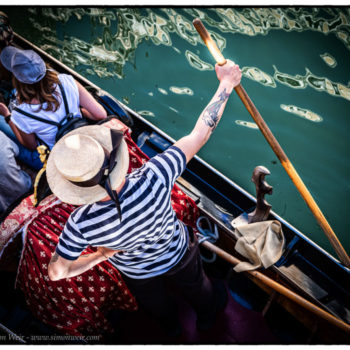 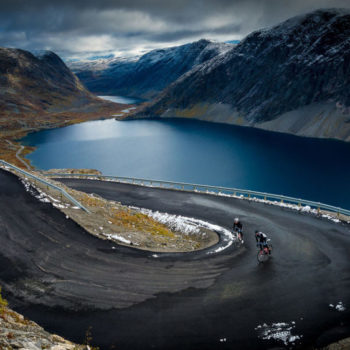